About the Minneapolis, Minnesota Area 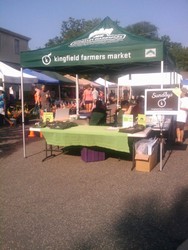 Welcome to the Kingfield Neighborhood of Minneapolis. We are a friendly neighborhood located in south Minneapolis between Stevens Avenue on the east and Lyndale Avenue on the west, with 36th Street as our northern boundary and 46th Street as our southern boundary.
Kingfield is largely a residential area of single-family houses with some multiple unit residences and apartment buildings. Businesses are clustered at commercial corners (or nodes) with a growing variety of largely independently-owned small businesses to serve the residents of Kingfield. The street life along Nicollet Avenue is growing due to the opening of a number of new restaurants and bakeries. The Kingfield neighborhood has a reputation as a place where the people are willing to volunteer to create and maintain a vital, caring and safe place for those who live and work here. Enjoy our great location, parks, restaurants, farmers market & join our Kingfield Association!

Bloomington is the fifth largest city in the U.S. state of Minnesota in Hennepin County. Located on the north bank of the Minnesota River above its confluence with the Mississippi River, Bloomington lies at the heart of the southern metro area, 10 miles (16 km) south of downtown Minneapolis. The city's population was 82,893 in the 2010 Census.
Established as a post-World War II housing boom suburb connected to the urban street grid of Minneapolis and serviced by two major highways, Interstate 35W and Interstate 494, Bloomington's residential areas include upper-tier households in the western Bush Lake area and traditional middle-class families in its rows of single-family homes in the central to eastern portions. Large-scale commercial development is concentrated along the Interstate 494 corridor. Besides an extensive park system, with over 1,000 square feet (93 m2) of parkland per capita,  the city's south border with the Minnesota River is buffered by the Minnesota Valley National Wildlife Refuge.
Bloomington, considered by many to be a bedroom community, has more jobs per capita than either Minneapolis or St. Paul. Its economy includes headquarters of major companies such as Ceridian, Donaldson Company, HealthPartners and Toro. The city is a hospitality and retail magnet, recognized nationally for the United States' largest enclosed shopping center, Mall of America. It is presently the only suburb in the south metro to be served by the Hiawatha Line. (Several suburbs and cities in the north metro are served by the Northstar Commuter Rail.)

The 1980s brought a radical change to Bloomington with the departure of the Minnesota Twins and Vikings. On September 30, 1981, the last baseball game was played at Metropolitan Stadium (Kansas City Royals 5, Twins 2) as the Twins and Vikings moved to the newly constructed Hubert H. Humphrey Metrodome in downtown Minneapolis. In 1985, the Bloomington Port Authority purchased the 86-acre (350,000 m2) Met Stadium site and in less than two years approved first site plans for the Mall of America. Two years later, ground breaking took place for the new megamall, and in 1992 it was opened to the public. Today, tenants of Mall of America, when combined, constitute the largest private-sector employer in Bloomington, employing about 13,000 people. In 1993, the Minnesota North Stars hockey team moved to Dallas, Texas, and a year later the Metropolitan Sports Center was demolished. In 2004, an IKEA store opened on the west end of the former Met Center site. The remainder of the property is planned to be the site for Mall of America Phase II. In May 2006 the Water Park of America opened, the ninth largest indoor waterpark in the United States.

According to the United States Census Bureau, the city has a total area of 38.4 square miles (99.4 km²), of which, 35.5 square miles (91.9 km²) is land and 2.9 square miles (7.5 km²) (7.53%) water.
There are three primary land types in the city. The northeastern part of the city is a sand plain, low hills dominate the western portion of the city, and the far south lies within the valley of the Minnesota River.
About one third of the city is permanently reserved for park purposes, including two large natural areas - the Minnesota Valley's wetlands (controlled by the City and the United States Fish and Wildlife Service) and the Hyland Lake Park Reserve (controlled by the Three Rivers Park District).
Water bodies within the city include Bush Lake, Long Meadow Lake, Lake Normandale, Marsh Lake (Hennepin), Nine Mile Creek, Penn Lake and about 100 small lakes and ponds with their wetland habitats.

Locally, the city is divided by Interstate 35W into "West Bloomington" and "East Bloomington." West Bloomington is mostly residential with newer housing stock, along with multi-story office high-rises along Interstate Highway 494 in the north, whereas East Bloomington contains more industry, destination retail centers, and the majority of Bloomington's less expensive housing. Many locals will refer to themselves as either from "East" or "West" Bloomington. The dividing line may be placed as far west as France Avenue, where the high school attendance boundaries meet.

Bloomington Public Schools, ISD 271 has served the K-12 education of the city since the 1960s with an operating fund revenue of $94.6 million in 2007.[19] 15 public schools in Bloomington are operated by the district and is governed by a seven member elected school board, appointing current Superintendent Les Fujitake in 2006.[20] The previous Superintendent Gary Prest won the Superintendent of The Year for 2005 in Minnesota.[21] The city's first public charter school, Seven Hills Classical Academy, opened in 2006. As many families remain or continue to move into the city, there has been support for levy increases. In 1999 they approved the then largest school bond issue in Minnesota history, funding a $107 million school expansion and renovation project.
The two high schools are John F. Kennedy High School in the east and Thomas Jefferson High School in the west. The determining boundary for high school attendance runs near the center of Bloomington on France and Xerxes Avenues, though both schools have open enrollment.

Go to the cities website for the latest information: The official government site for the City of Bloomington, Minnesota, USA, provides information on City departments, services, statistics, news, upcoming events and ...
ci.bloomington.mn.us 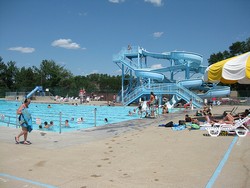 From rural community to suburban city! 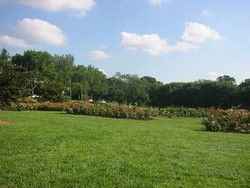 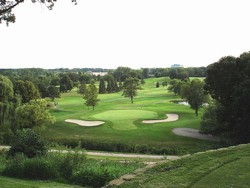 Edina is a first-ring, first-class suburb situated immediately southwest of Minneapolis. Edina began as a small farming and milling community in the 1860s. The population was 47,941 at the 2010 census. People tend to grow up in Edina & stay to raise their own families.

Residential areas comprise the largest portion of the City, which is now more than 95 percent developed. Within Edina are many different neighborhoods, including Highlands, Indian Hills, Viking Hills, Morningside, Country Club District, Cahill Village, South Harriet Park, Interlachen, Rolling Green, Sunnyslope, White Oaks, Parkwood Knolls, Dewey Hill and Hilldale. Today, many of the street names in Edina are named after families whose farms once occupied that area, for example: Grimes Avenue, Code Avenue, Gleason (Gleeson) Road, Cooper Avenue and Wyman Avenue.
Edina has a reputation for being one of the most affluent suburbs of Minneapolis.[5 Edina citizens are considered wealthy (e.g. median household income for 1999 in Edina was $66,019, compared to $37,974 for Minneapolis and $47,111 for the state of Minnesota), which led to the once derogatory term of "cake eaters" (a reference to the "Let them eat cake" quote misattributed to Marie Antoinette). The term is now largely used in jest in regional sports rivalries. Such usage can be seen, for example, in the Disney film, The Mighty Ducks, in which the term is used in reference to the Adam Banks character. Up until the 1960s, the name "cake eater" had been attributed to the Washburn (Minneapolis) Millers, a high school located in a prosperous neighborhood of nearby Minneapolis. Additionally, popular culture in Minnesota references that Edina is an acronym for the phrase "Every Day I Need Attention" once again referencing the stereotypical Edina resident as somewhat wealthy and aloof.
Edina is home to some billionaires, most notably Richard M. Schulze and the late Carl Pohlad.
Most of Edina is in Independent School District (ISD) 273, which serves children primarily from Edina. Edina schools have a tremendous reputation & has had an influx of students from other municipalities due to open enrollment. There are approximately 7500+ K-12 students served by 1139 teachers and support staff in six elementary schools (Grades K-5), two middle schools (Grades 6–9), and one senior high school (Grades 10–12). The district administrative offices are located at the Edina Community Center.
Edina High School is often listed in the top 100 schools in the United States in academics (most recently in Newsweek, 2005).[10] A recent study showed that 85% of EHS students graduate, that 85% of EHS grads go to college and that 85% of Edina High School graduates completed college within 5 yrs after high school graduation. A recent follow-up study showed that ten years after graduation from Edina High School 43% of EHS graduates had obtained advanced postgraduate degrees or were pursuing graduate degrees at the time of the study.

Edina has numerous retail shopping centers, including Southdale Center. Other shopping centers include Yorktown, Centennial Lakes Plaza, and the Galleria which has a collection of unique local shops, favorite specialty stores and distinct dining wrapped within a sophisticated, relaxed atmosphere. The city shares another thriving commercial area at West 50th Street and France Avenue South with Minneapolis, known as "50th & France".

Edina is definitly the place to live in! 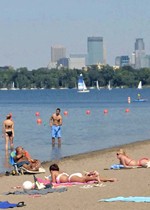 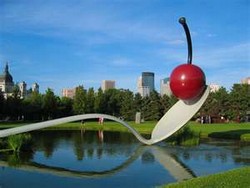 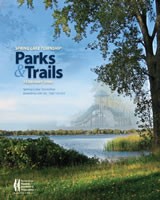 Spring Lake Township is a great place to live! 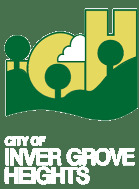 Inver Grove Heights is a city in Dakota County, Minnesota, United States. The population was 33,880 at the 2010 census. It is one of the 186 cities and townships in the seven-county Minneapolis-Saint Paul metropolitan area. The city is 9 miles (14 km) to the southeast of Saint Paul; nearby settlements are Sunfish Lake (5 miles, 8 km northwest by road), South St. Paul (6 miles, 9 km north) and Newport (8 miles, 13 km northeast across the Mississippi River via the Wakota Bridge). 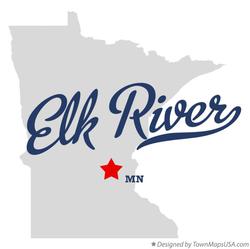 Elk River is a city in Sherburne County, Minnesota, United States, about 34 miles northwest of Minneapolis. It is situated at the confluence of the Mississippi and Elk Rivers. The population was 22,974 at the 2010 census. It is the county seat. The city's population exceeded 20,000 as of year 2005. U.S. Highways 10 and 169 and State Highway 101 are three of the main routes in Elk River, and a station on the Northstar Commuter Rail line to downtown Minneapolis is located in the city. Elk River is located 33.2 miles northwest of Minneapolis and 37.4 miles southeast of St. Cloud.